Do you know how many fountains there are in Villa d’Este Tivoli? 51. The answer is quite surprising considering that the Villa expands on only 4,5 hectares. What’s even more surprising is the number of its water jets: 364. And 64 waterfalls! Just to give you some numbers… By the way, I have a little confession to make. I may have used a clickbait headline for this post: 479 is the sum of all the fountains, waterfalls, and water jets of the Villa. But If you will continue to read, you will see that it was absolutely worth it, and I hope you will forgive me! 🙂

Prepare your visit and the ONE thing I wish I knew

To visit Villa d’Este and If you have enough time, I recommend you to book a unique ticket that includes also Villa Adriana and the Sanctuary of Hercules Victor. To move around consider renting a car or booking a taxi (although that might be expensive). Tivoli is quite far from Rome’s city center. And before you go, make sure to check the schedules and temporary expositions on Villa d’Este website.

If it’s your first time visiting, note that Villa d’Este is all about stairs!

There are so many stairs between the different levels. When visiting dress comfortably and wear good shoes. I risked stumbling many times (well that’s partly due to my long dress). Keep that in mind, especially if you’re adding Villa Adriana to your tour. you’ll easily walk 12-15 kilometers in one day.

Let’s start with some historical background:

The history of Villa d’Este Tivoli

Cardinal Ippolito d’Este, who became governor of Tivoli in 1549, after his candidacy to become Pope was rejected, commissioned this masterpiece of the Renaissance. Unfortunately, the cardinal never saw the gardens of his Villa ended. In fact, he died in 1572 and his nephew inherited his possession along with the Villa. Later, each one of the following owners made some modifications to the gardens, until the Villa was neglected and abandoned by the end of the 17th century.

In the second half of the 19th century, the Villa had a new owner: Cardinal Gustav Von Hohenlohe. Thanks to him, the Villa was brought back to its ancient splendors, and attracted again artists, poets, and musicians from all around Europe. After World War I, the Italian state acquired the Villa and made it accessible to all.

The Villa’s interiors are very beautiful and highly decorated. Before you enter the cardinal’s apartments, there is a small section of the villa that hosts modern exhibitions and archaeological finds from Tivoli and its surroundings. While visiting don’t forget to look up and admire the ceilings.

During the Villa’s decline, Ippolito d’Este’s apartments were robbed. Many of the decorations were sold or even stolen. However, luckily for us, the splendid frescoes on the ceilings and walls remained intact. On the lower floor, under the cardinal’s apartment, there is a series of 11 rooms highly decorated in a mannerism style. The illusion of curtains, columns, and doors creates many optical effects that amaze the visitors. The cardinal used these rooms to meditate, study and relax during his stays at the Villa.

Two fountains were part of the decorations of the Hall of Venus and the Hall of the fountain. The one who decorated the Hall of Venus was removed in the 19th century, together with his statue. While the second, a wall fountain, is still present and represents a gateway between the Villa and the exteriors, where the cardinal welcomed his guests who entered from the gardens.

While wandering in the different rooms, have a look at the spectacular view outside the windows. You can admire almost the whole garden. Although the many trees, that were added in the mid-1600s, hide part of the view.

Get lost in the beauty of the Villa’s gardens

The jewel in the crown of Villa d’Este is without a doubt its gardens.

Once you exit the Cardinal’s apartments, you are in the Vialone, a very large Terrace that has a view of some of the fountains. The garden is a sort of labyrinth. Don’t start your visit without a map! You may miss some of the fountains and believe me when I say that each one of them is worth to be seen. When visiting, ask at the box office if and at what time the Water Organ will play. According to the answer, organize your visit to the garden so that you can assist to the organ activation.

The three fountains are a symbolic representation of the Tiber. The river emerges from the mountains (Oval Fountain), bathes the valley (Hundred Fountains), and reaches Rome and the sea (Roma Fountain).

Last but not least, admire the view from the Gran Loggia

Before ending your visit, stop by the Gran Loggia. The structure of the covered terrace reminds that of an ancient Roman Triumphal Arch. But what makes it special is the view of Rome and its surroundings. The smallest terrace on the right faces the garden directly above the Rome Fountain.

Do NOT overlook Tivoli when you’re visiting Rome

If you’re visiting Rome you should definitely put Villa d’Este on your list! Together with Villa Adriana, Tivoli’s villae is a must-visit to understand Rome’s history and heritage.

Are you looking for more inspiration for your travel to Italy? I have more inspiring day trips for you! And don’t forget to pin this for later. 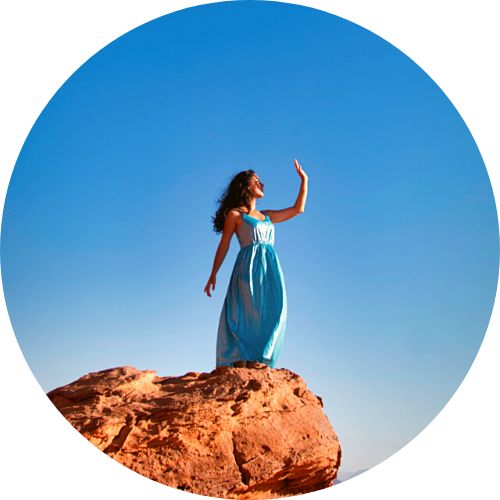 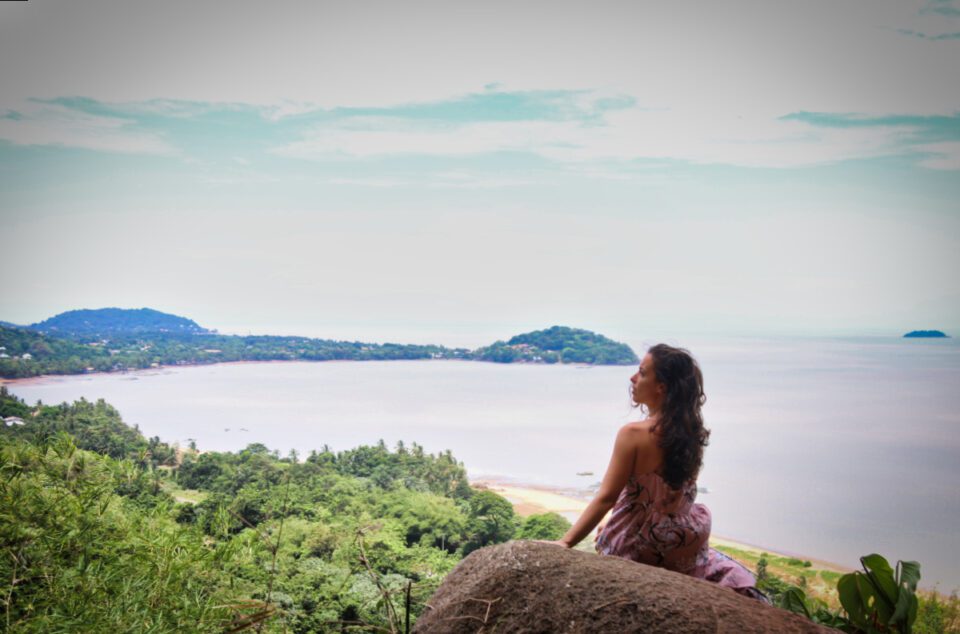 Hiking the Rorota Trail, an epic hike to see Nature 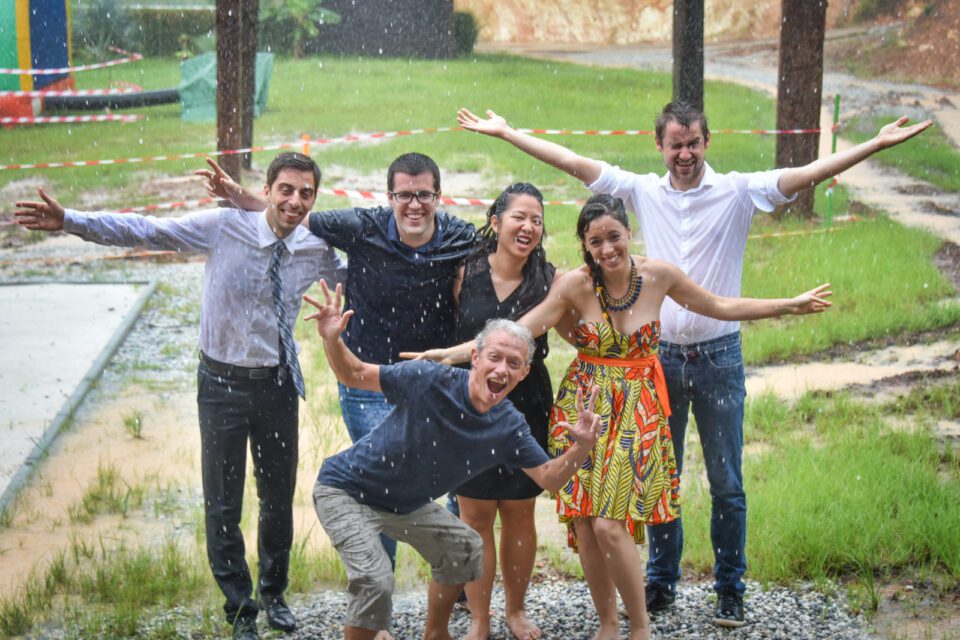 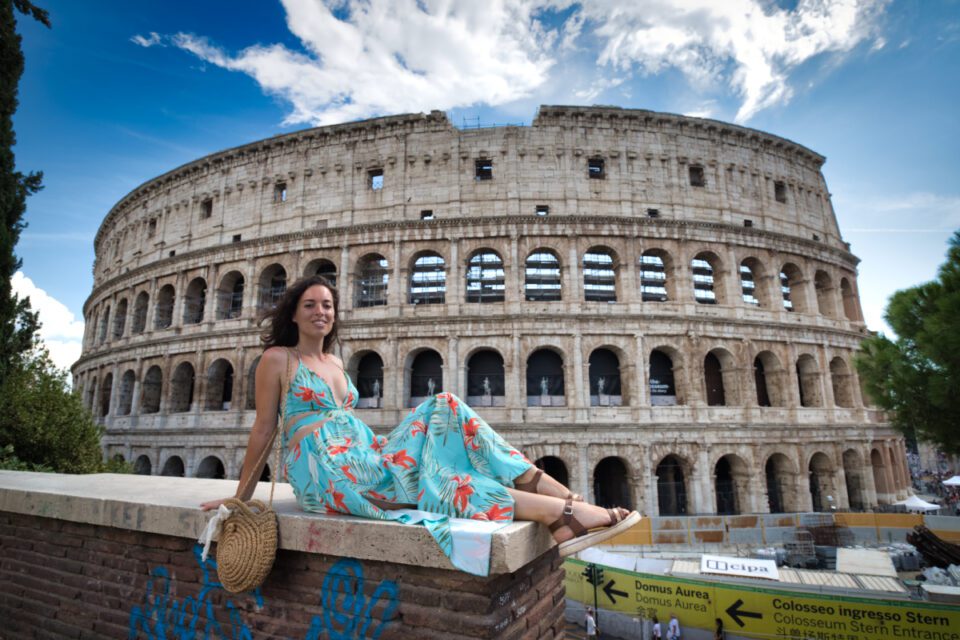